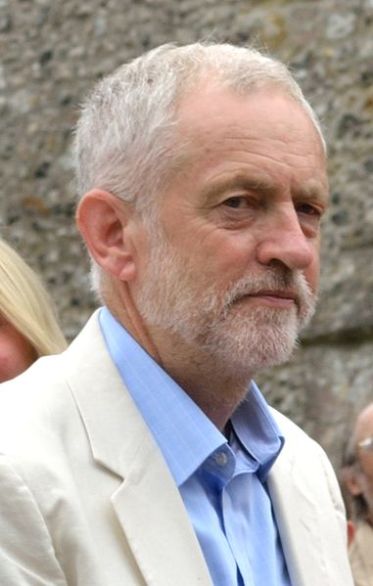 It is reported that Jeremy Corbyn denies claiming that he would cancel student debt if Labour won the 2017 general election. He just said he would ‘deal with it’.

Now Corbyn promised in campaign,
That student debt which was a pain,
Would be dealt with sine qua non,
If he had the election won.

He chose his wording though with care,
Implying to those listening there,
That they should be in little doubt,
That all their debts would be wiped out.

Election finished, he did well,
Compared to what most did foretell,
But fortunately it might seem,
He does not lead the seats of green,
And so he is not having to,
Make promises like that come true.

When challenged now by Andrew Marr,
He said that it was all just blah,
For when he promised it to you,
He really didn’t have a clue,
How much the cost would really be,
So couldn’t say it would be free.

But people say it had effect,
In causing students to expect,
That voting Labour on the day,
Would see their worries melt away.

A lesson then for voters who,
Believe the parties as some do;
If they are promising things nice,
Please check their wording is precise! 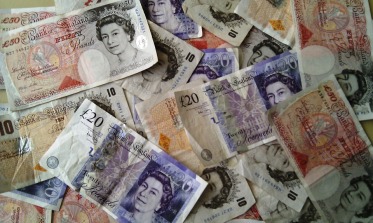 In the aftermath of the general election it is reported that Jeremy Corbyn has a plan to increase the minimum wage for sixteen to eighteen year olds to £10 per hour.

So Corbyn very nearly won,
Because young voters thought the sun,
As I’ll now try to rhyme and parse,
Shone all the time out of his arse.

The reason really is quite clear,
For he had given them a steer,
That uni fees would all be scrapped,
At which young people were all rapt.

With other things on offer too,
Made to the many, not the few,
So many people would cash in,
That they would likely vote for him.

But since he lost he’s got a plan,
That every teenage boy or man,
Should have their hourly rate increased,
To ten pounds, doubling it at least.

“So vote for me! You’ll be quids in.
All this is true, it isn’t spin,
And money for this higher rate,
Will be paid by the ones we hate;
The ones you always ought to boo –
That’s not the many but the few!”

So Corbyn in his power grab,
Makes out it will be really fab,
With everybody due a treat,
Once he’s installed in Downing Street.

The upshot, though, is that these yobs,
Will all be priced out of their jobs,
And Corbyn’s plan will be complete,
When there are riots in the street.

So let your watchword be ‘Take care’,
When you’re assessing Corbyn there,
It’s better you’ve a job than not,
So kick him out – he’s just a Trot! 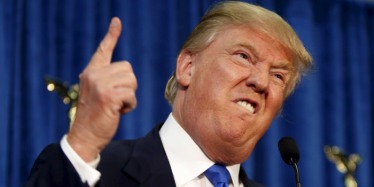 It is reported that Donald Trump has said that he does not want his planned state visit to the UK to take place if there might be demonstrations or protests.

One small problem for Mrs May,
Now that she’s past election day,
Is how to deal with Donald Trump,
And whether she should try to bump,
The President off his planned tour –
The one she offered him before.

She’s other things now on her plate –
Brexit for one at any rate –
And she’d be better to be free,
Of still yet more controversy.

But Trump now waded in last night,
And said if anything might blight,
His state visit like an affray,
Then he would want to stay away.

Protests and demos are so bad,
That though he’d be in armour clad,
It might look bad on prime TV,
And his spin doctors do agree.

So since some protests likely will
Occur this should the visit kill;
Arrangements likely will be binned,
Because The Trump is so thin-skinned.

If this is so for Mrs May,
The problem might have gone away,
But she must carefully this spin,
So protesters don’t seem to win.

It is reported that in the recent general election Jeremy Corbyn did really well ….. but his party came second and he got the job of Leader of the Opposition.

So Mrs May was not so wise,
And rightly do we criticise,
The way that she ran her campaign,
Which was quite dreadful in the main.

Her campaign really was the pits,
Most will agree, no buts no ifs,
And she quite managed to deplete,
The compliment of Tory seats.

But Corbyn on the other hand,
Is praised now all throughout the land,
Because he did so very well,
… Although maybe it’s hard to tell.

He bribed young people – no more fees,
The oldies wanting fuel please,
Free childcare after which he feels,
Kids all should get their free school meals.

But even with all this and more,
He really, truly failed to score,
He knew Ms May was in a spin,
But even then he couldn’t win! 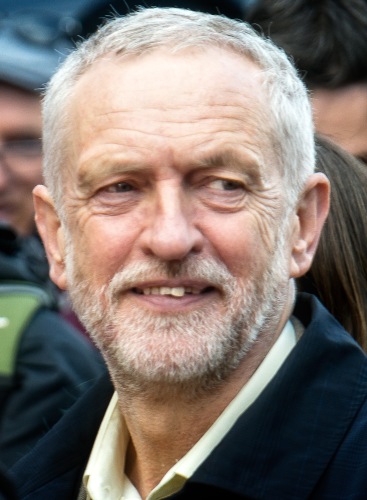 It is reported that the general election has finished and the Conservatives fared badly.

At times like this is isn’t long,
Before it’s asked, ‘What did go wrong?’
And yesterday folk did ask that,
In just about five minutes flat.

The journalists all give their views,
Which get reported in the news,
And others also ask why they,
Have been let down by Mrs May.

The reason’s complex, I would say,
But principally Mrs May,
Judged that she was so far ahead,
That if to people she now said,
She’d not their winter fuel pay,
They wouldn’t have a place to stray.

Then secondly the PM feels,
That she should end their free school meals,
And finally if people find,
That they are going off their mind,
Then it is really only fair,
That they themselves should pay for care.

This upset folk so very much,
That Tories were kicked into touch,
And then to make things all the worse,
J Corbyn opened up his purse,
And set about to buy their vote,
With lots of things that we might note.

Free childcare – please ignore the cost –
The lock on pensions won’t be lost,
And if you go to uni-v,
Then your tuition will be free.

So ‘Vote for me,’ you heard him say,
And not for Tory Mrs May,
And we’ll be sure to guarantee,
That everything you want is free! 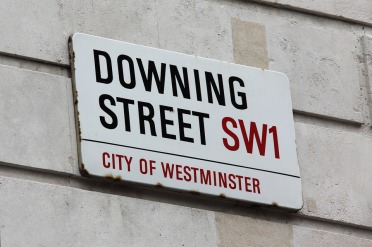 It is reported that voting in the 2017 general election has ended.

I’m sitting here with glass in hand,
Not sure who will soon rule the land,
With Mr Corbyn, Mrs May,
Both hoping they have won today.

The exit poll seems to suggest,
That no party has passed the test,
But by around half two or three,
The outcome could quite different be.

It’s now just gone eleven o’clock,
And forecasts could be all to cock;
We wait results with open mouth:
Newcastle and Sunderland South.

These two are first to do the count,
And as they do the tensions mount,
Because the numbers that they quote,
Predict the outcome of the vote.

And here it comes: a Labour win,
They always do, no need for spin,
And the forecast based on this first:
It’s not clear who should fear the worst.

So ten results by now are in,
And parties are still in a spin,
’Cos though things are a bit improved,
The UKIP vote has been removed,
But spread between the other two,
And which just might the outcome skew.

As things continued through the night,
Results came in as it got light,
With votes lost to a large degree,
By UKIP and the SNP.

But while people went off to bed,
More of them turned not blue but red,
And by the morning it was plain,
That Labour made the biggest gain,
And Mrs May was badly stung,
With Parliament for certain hung.

So with this mess what can we do?
Somebody has to rule but who?
An answer now will take some time –
And quite a few bottles of wine!

It is reported that there is a general election today. At last!

Hooray! Hooray!
Election Day!
May win, May lose,
It’s you who choose,
So get your coat,
Go out and vote,
And if tonight,
It comes out right,
Do not refrain,
From the Champagne.